If a certificate of deposit shows both your name and another person’s name you may reasonably think that you each have equal right to the funds.  But what if the other person provided all the funds for the CD?

Jimmy Dupree deposited $100,000 with Peoples Community Bank and in return received a certificate of deposit in the names of “Brad Dupree and Jimmy Dupree”  (Brad Dupree being Jimmy’s son).  Brad was a minor at the time the CD was issued and did not contribute any money toward the purchase of the CD.  Brad and his mother were under the impression that the CD was intended as a sort of life insurance policy, and would provide for Brad in case anything happened to Jimmy or to Brad’s mother.

Many years after the CD was issued a dispute arose in the family, causing Brad, his mother, and his stepbrother to sue Jimmy for conversion (in other words, theft).  While the suit was pending Jimmy cashed in the CD without notifying Brad.  The Bank issued a cashier’s check payable to  “Jimmy Dupree or Brad Dupree” for the amount of the CD, less amounts set off by the Bank for a business loan Jimmy had at the Bank which was secured by the CD.   Jimmy kept the funds for himself.

The Court explained that whether Brad suffered any damages depended on whether he had an ownership interest in the CD or was otherwise entitled to any of its proceeds.  It may seem obvious to you that if Brad’s name was on the CD then he must have had some ownership rights in it.  However, under Alabama law “where two parties’ names appear on a CD and the funds used to purchase the CD belonged to one of the parties, unless there is evidence that the party whose funds were used to purchase the CD intended to make a gift or create a trust, the other party’s claim to the funds must fail.” Messer v. Kennedy, 574 So. 2d 788. 790 (Ala. 1991).

Brad did not contribute funds toward the purchase of the CD and was not a trustee over the funds, so the only way he could prevail was if he established that the CD was intended as a gift to him.

Brad, of course, testified that the CD was meant to be a gift, and his father’s testimony was to the contrary. The Court in analyzing whether the CD was a gift noted that: Jimmy had pledged the CD as collateral for a business loan; Jimmy received all interest payments on the CD and paid income tax on those gains; Jimmy never delivered the CD to Brad; and Jimmy testified that he put Brad’s name on the CD not as a gift, but only to ensure additional coverage under FDIC regulations for the funds he had on deposit with the Bank.

Brad (according to the Court) had no rights in the CD and therefore they concluded that he could not show that he was damaged when the Bank allowed Jimmy to cash out the funds. Without proof of damages his claim against the Bank failed and Jimmy kept all the money.

So, what can we learn from all of this?

One lesson that could be had is that record-keeping is important.  Perhaps the Court would have come to a different conclusion if Jimmy had signed a document at the time the CD was issued noting that he intended to gift the funds to Brad. Or, the investment could have been owned by a trust of which Brad was a beneficiary.

Litigation among  family members can get ugly. Do you need help unraveling a family investment dispute? Call the attorneys at Lewis, Lewis  & Falkner, LLC for your free consultation today, or make an appointment to come by our Tuscaloosa office. 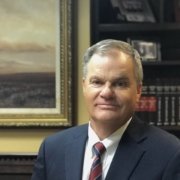 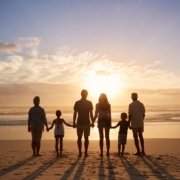 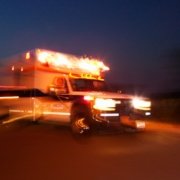 Should I Try to Settle My Car Accident Claim Without a Lawyer? 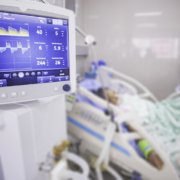 Whom Should I Appoint As My Healthcare Proxy or Agent? 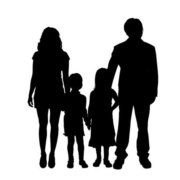 Using a Power of Attorney to Delegate Temporary Parental Powers 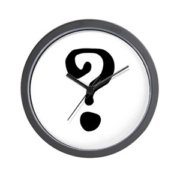 How long do I have to appeal a denial of Social Security Disability Benefits?

The information contained in this website is for general information purposes only.  No Attorney-Client relationship is created by use of this website.  Neither your receipt of information from this website nor your use of this website to contact Lewis, Lewis & Falkner  (LLF) or one of its lawyers creates and attorney-client relationship between you and LLF. Alabama State Bar, Rules of Professional Conduct Rule 7.2 (e) requires the following statement: No representation is made that the quality of legal services to be performed is greater than the quality of legal services performed by other lawyers.

Should You Try to Negotiate Your Own Personal Injury Settlement?